We fell in love with Stephanie and Nick at their rehearsal dinner at Il Fornaio in Del Mar.  As their family and friends gave hilarious and heartwarming speeches about the couple we realized what love surrounded them.  We’ve never laughed so much during a rehearsal and before we knew it we were done for the night.  Their special day was filled with fun and family and lots of laughs.  Stephanie was the ideal bride in that she was in the moment and didn’t let the small stuff bother her.  Nick was gracious and kept everyone laughing and in good spirits.  The highlight of the night was a special serenaded by Nick that had us laughing and tearing up at the same time.  Stephanie and Nick are a GREAT couple and we were happy they chose up to record their special day! 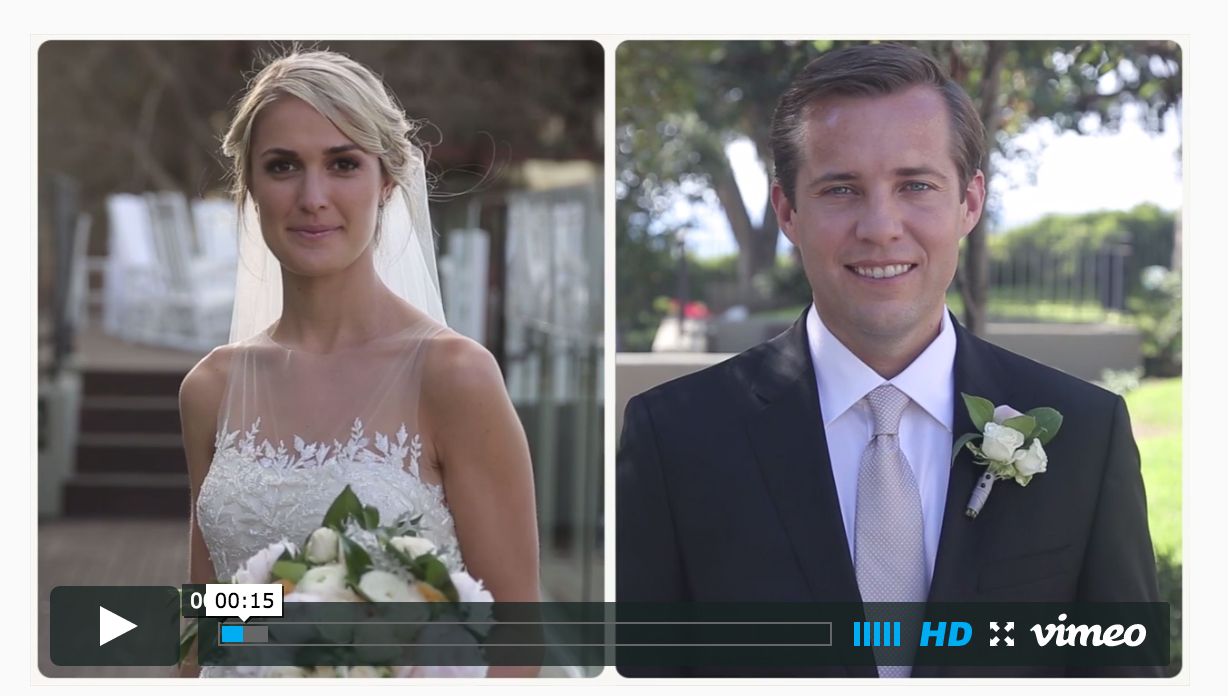